To view the hall or if you have any queries, please contact us and we will be delighted to show you around. Or if you want to enquire using the form below we will get back to you as soon as we can. 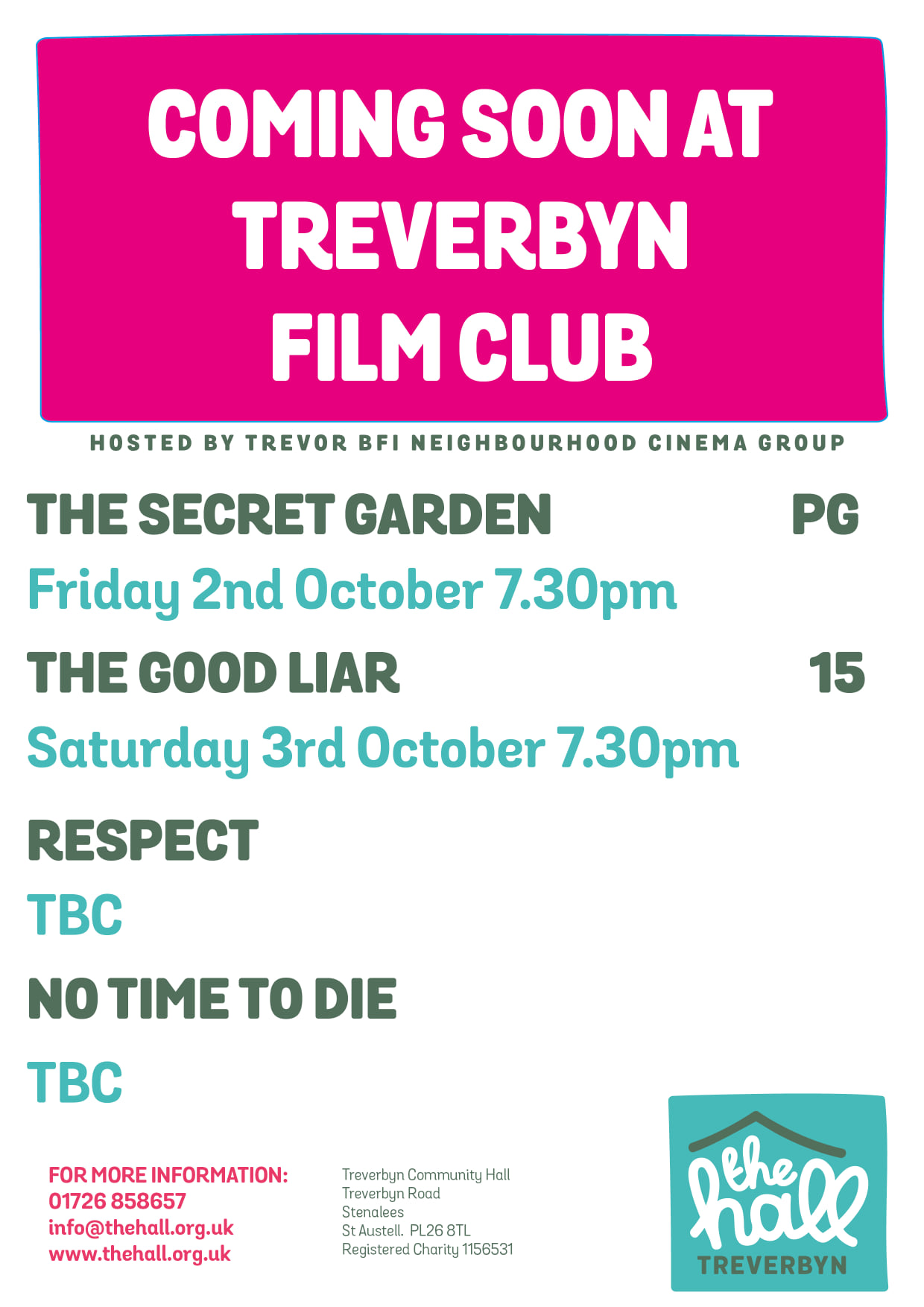 Some brilliant films coming to the Treverbyn Film Club:

The Secret Garden: When Mary Lennox’s parents suddenly die, she is sent to live with her uncle, Archibald Craven, on his remote country estate deep in the Yorkshire moors. While exploring, she discovers a hidden magical garden. Filmed at Trebah Gardens right here in Cornwall.
A Heyday films production in Association with STX Entertainment USA . On its American release date of 7th Aug Motion Picture Licence Corporation . Licenced to screen on the 2nd October only.

COVID-19 news 02/11/2020: Lockdown 2- Most of the face to face activities have stopped for the moment, but community larders are still accessible and a few online activities to keep you active and connected. For any information don’t hesitate to contact us. 01726 858657