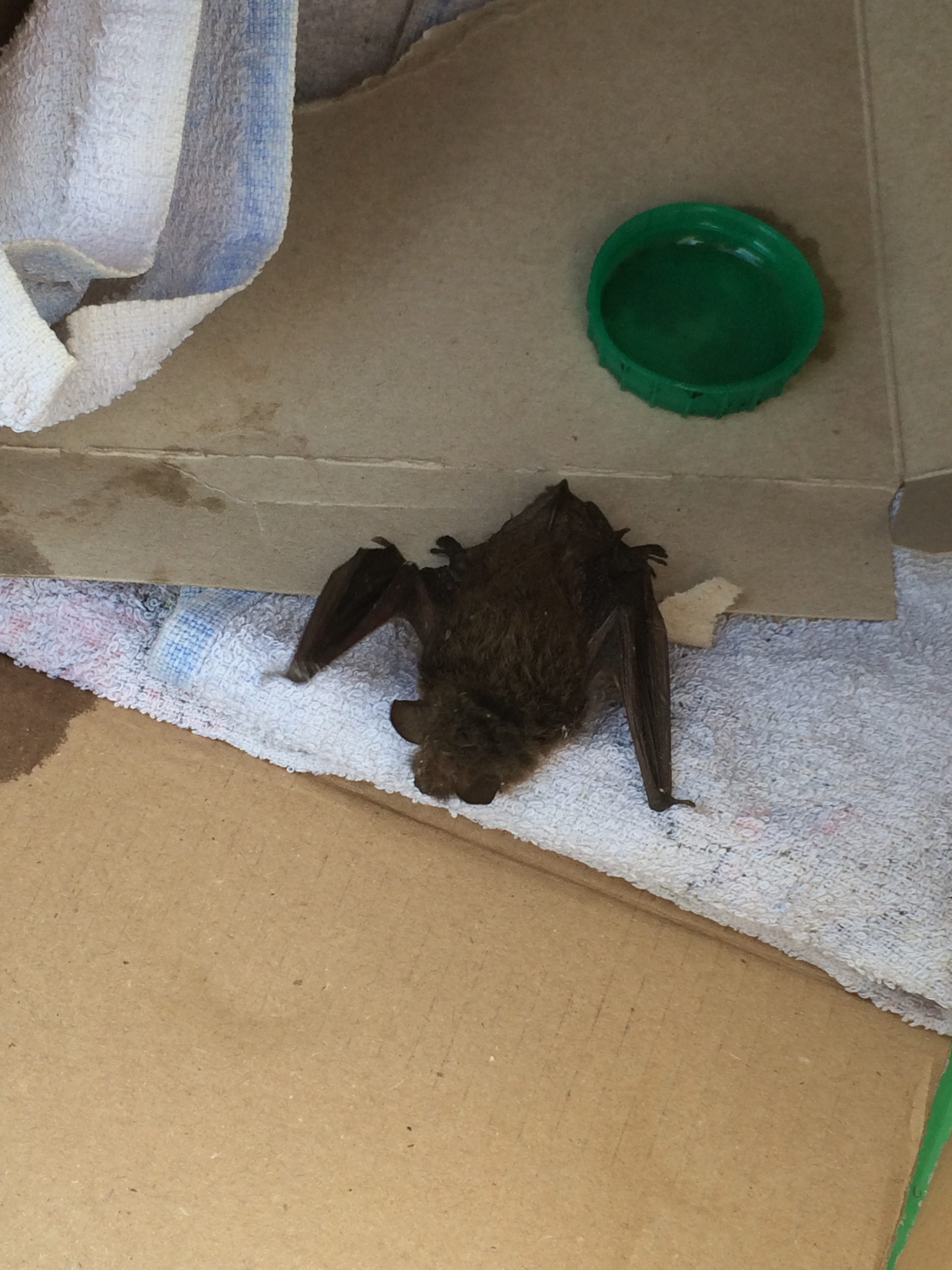 Bats are often misunderstood creatures but I love them. I am lucky to live at the edge of ancient woodland, next to old mining buildings but with climate change and massive declines in insect numbers, bat populations have suffered. From one local roost I used to count 90 bats daily leaving at dusk to go hunting. One by one they would swoop out of a tiny hole under a roof like mini jet fighters. There were so many, that we almost took them for granted. The roost is still there (bats like to go back to the same roosting spot year after year) but now I hardly count more than 30 individuals. This drop in numbers has happened in the space of ten years. Bats are susceptible to pesticides especially those used as remedial timber treatment chemicals so please think twice before using these products. They are also vulnerable to the effects of modern agricultural practices and decline of woodland, which result in loss of suitable feeding and roosting habitats.

Last year I found a bat in my kitchen (pic below). It was lying by the oven looking so much like a dead leaf that I nearly brushed it away with my foot. As I came near, it moved. I looked down at the tiny creature and saw straight away it was in trouble. I quickly got a gardening glove and gently scooped it up (whilst they are very delicate creatures their claws can be quite sharp). The little bat was barely the length of palm I knew it was probably dehydrated. Received wisdom is that you help bats drink by dipping a small paint brush into water then holding up the brush to its mouth (luckily I had some clean watercolour brushes to hand) . But, the little bat was licking the water so rapidly that I could not keep up! In the end I filled a clean plastic milk bottle lid with water and held it up to the bats face and it lapped it all up with its tongue. It drank two whole lids full!

I went for advice to the Bat Conservation website. I kept it in an aerated box, got the step ladder out at dusk and put the open box on top. The bat just looked forlornly at us, squeaked and flapped but did not leave. In the end I took it to a bat rescuer in Truro (she has since retired unfortunately). She kept the bats caged in her lounge and it was fascinating to see them. Once they were strong enough to be released, she would let them have practice flights around her enclosed porch. What the neighbours must have thought! She told me the bat was not a Pipistrelle but a Whiskered Bat, which are rare. He was a juvenile and underweight. I was so pleased that we managed to save him and once his strength was built up she released him nearby a few weeks later. I now intend to have a few more bat boxes installed around my house to give the bats greater opportunity to roost. At Treverbyn we will soon be asking people in the parish to come forward to host a bat box so if you are interested do email me!

Keep up to date